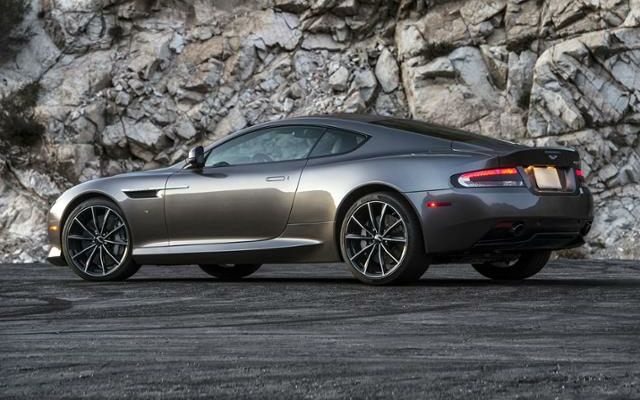 Few cars carry the frisson of the Aston Martin name.

True, some of that is attributable to their well-known link with James Bond and to the epic series of films of his exploits.  Even so, much of the excitement arises from the nature of these exclusive vehicles themselves.

Aston Martin’s origins go back to 1913 when its founders first tried to produce cars out of their base in Kensington, London.

That initial start-up was shortlived due to the arrival of the First World War.  Much of their production machinery, which had never been put into full use, was sold to the Sopwith aeroplane company and used for war materials production.

After the war ended, the company’s history is a complex and troubled one.  Numerous owners and senior people came and went and the company went bankrupt several times.

In 1947, the company was purchased by, incredible as it sounds, a tractor company by the name of David Brown.  That DB became synonymous with the later Aston Martin DB Range and slowly but surely, the company’s fortunes began to change.

Even so, the years of success and even international fame were almost evenly balanced by various financial crises and changes of ownership that continued into the 21st century.  Over all that time though, the company has continued to produce predominantly British inspired cars that are the envy of many other manufacturers around the globe.

Today they continue to manufacture vehicles that are at the very pinnacle of desirability for drivers who enjoy exclusivity but also the highest levels of vehicle performance.

Aston Martin cars became legends from almost the time the first prototype was built.  A 1956 model sold at auction in 2017 for a sum in excess of $22million.

As of today, Aston Martin offers:

The V8 Vantage has a top speed of around 200mph.

Aston Martin vehicles are rightly regarded as supercars by virtue of their performance, luxury and style.

Of course, that will always bring implications for their pricing.  The price of a new 2019 Aston Martin V8 Vantage is expected to be well into six figures.

When such sums are involved in a car purchase, providing funding support becomes a highly specialised function.  Significant numbers of conventional motor vehicle funding providers may be unable to operate at this level in the marketplace.

At Forza Finance though, this is the environment within which we thrive.  Our specialist panel of funding providers is dedicated to exclusive vehicles and might be able to assist you to turn your dreams of owning an Aston Martin into reality.

We therefore welcome the chance to have some initial discussions with you regarding your objectives and how we might be able to assist.  Those discussions remain entirely informal and noncommittal for you and we would be delighted to help if you wish to take things to the next stage.   We look forward to hearing from you.