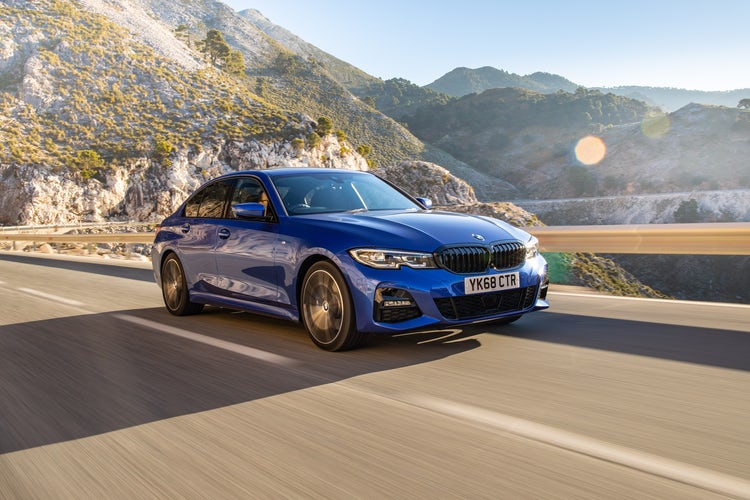 Very few marques bring images to mind as readily as does BMW.

Expressions such as “design excellence”, “engineering quality”, “performance” and “robust build quality” trip off the tongue lightly in any discussions relating to this world-famous manufacturer.

Way back in 1916 in Bavaria, a company was formed that would later become a household name for motor vehicles.  That was the legendary BMW or “Bayerische Motoren Werke” (Bavarian Motor Works).

Strictly speaking, the name is actually a grammatical error in German. Motoren Werke should be one word and in some German publications purists will call the company “BM” rather than “BMW”.

However, as the English translation is “Bavarian Motor Works” the name “BMW” has stuck and is widely used, including in German-speaking countries.

Strange as it may seem today, originally the company produced aero engines.  At the end of the First World War, the Allies placed severe restrictions on aircraft production in Germany and BMW therefore diversified into other things – including car production.

During World War II, the company again switched production back to military aircraft engines and was very influential in designing and building some of the earliest jet engines towards the end of the war.  BMW was subsequently banned by the allies from making cars and that ban was retained in place until 1952 when they were allowed to start producing vehicles. That was the BMW 501.

Once production was re-established, the company never looked back. Over the following decades, their reputation for excellence secured a substantial market share for them and their success grew. They also acquired many prestigious marques including Mini and Rolls Royce.

Today BMW produce a portfolio of models including the 1-7 series and the X-series SUVs.

Their i-series is at the forefront of clean driving systems, offering electric propulsion and hybrid technologies.

Finally, the M series (M2-M6 and X5 M, X6 M) is a range of high-performance models that have become highly desirable legends in their own right.

BMW also maintains a very visible presence in the field of motorsports and is also well-known for their advanced high-powered motorcycle production.

In 2015, BMW was approximately the 12th largest producer of motor vehicles in the world.

BMW is typically regarded as a prestige marque.  As a result, it’s advisable to have appropriate and cost-effective funding behind you in order to ensure you are able to find an appropriate car finance deal.

At Forza Finance, we have a panel of funders who are particularly interested in high-performance and prestige vehicles.  We therefore understand this market well and may be able to assist you in not only providing finance but also potentially sourcing a vehicle of the specific type you’re looking for.

If you would like to pursue an interest in a BMW, why not contact us at your earliest opportunity to see how we may be able to help with an attractive package?